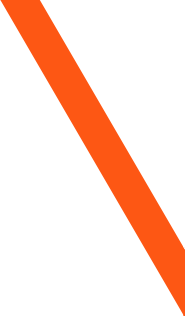 Accueil Who are we ?In short

In 1987, a new team assumed the leadership of Laboratoires Genevrier and decided to move to the heart of the technocenter at Sophia-Antipolis, Europe’s leading technological park, located near Nice. It opened the door to a new industrial era for Laboratoires Genevrier, which paved the way for rapid and controlled development in the service of the health sector.

The company now ranks among the top independent French Pharmaceutical company and is proud to have built the first certified private European center of cell culture for therapeutic purposes in France, today named Genbiotech.

Laboratoires Genevrier offers patients a wide range of innovative and effective pharmaceutical products in its areas of specialty:

An ambitious area of work

To fulfill its ambitions, the Genbiotech biotechnology center, a subsidiary specializing in cellular therapy and a designated “Innovative Company,” offers exciting opportunities.

Laboratoires Genevrier and Genbiotech have filed no fewer than 83 patents in fields of research ranging from new molecules to new types of preparations to new cellular therapy products.

In 2013, Laboratoires Genevrier launched Promogen. Bringing together more than thirty pharmaceutical delegates, the subsidiary dedicates its expertise and robust network to providing additional assistance and counsel to pharmacies. Thanks to its ongoing commitment in the field, we have formed close relationships with our partners.

And since sharing knowledge builds trust, SOPHIA: the Genevrier Company Foundation was established in 2005 to help healthcare professionals meet their goals of continuing education and improving the quality of practices.

By reinvesting a significant portion of its turnover into research and development, Laboratoires Genevrier made it its goal to regularly release new products in its areas of expertise.